Delray? Check out The Wildfire Band at Tim Finnegan’s.

Boynton Beach?  Bruja will be playing at Two George’s early, and then The Flyers across the water at the Banana Boat later on. 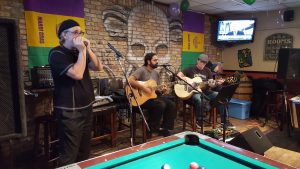